I grew up passively watching TV and learning by quietly listening to lectures. However, technology has transitioned our culture from passive listening to active involvement. Perhaps we’re catching up with Benjamin Franklin who is often quoted as saying: “Tell me and I forget, teach me and I may remember, involve me and I learn.”

Very few churches, however, allow people to bring their own content on Sunday morning. Instead people are expected to sit and to silently absorb the preacher’s sermon, although this hasn’t always been the case.

There have been times throughout church history when people were allowed and encouraged to freely testify during worship meetings. During the Second Great Awakening in North America, a testimony time in church became quite common. A preacher might ask: “Does anyone have a testimony this morning?” and then allow a few people to stand up and briefly speak before the sermon. You can still find a few churches, especially in rural areas, that have a Sunday morning testimony time, but the practice has become rare.

Perhaps we could be more effective in reaching our contemporary, participatory culture if we brought back spontaneous public testimonies. But how can it be done without creating a problem? Some pastors say, “My congregation wouldn’t do that.” Other’s say, “If I opened up for testimonies people would say all kinds of boring, unfocused, and/or unbiblical things.”

Perhaps. But just maybe sitting under a pastor’s teaching for years has prepared ordinary church members to speak about their relationship with God. Many pastors encourage their people to witness to their family, friends and even strangers. Perhaps we could allow people to testify in a warm, loving, church environment so that they can develop the courage to then testify in front of people who might not be so welcoming to their witness.

Maybe if we allowed people to give unprogrammed testimonies in church they might say powerful things that are actually inspired by God. It was said of the early Christ-followers that they overcame the evil one “by the blood of the Lamb and by the word of their testimony.” Allowing people the opportunity to testify just might make their faith more real to them.

So how can a pastor bring back the old time testimony time? Here’s a simple idea that I call the Jesus Twelve. The concept involves allowing twelve minutes (or some other amount if you prefer) before the sermon for people to share testimonies, Scriptures, short words of encouragement, etc. as they feel prompted by God. If some quite moments occur, and the pastor doesn’t intervene but continues to wait for God to move through the people, Jesus will make His presence deeply felt during the silence. Ralph Waldo Emerson put it this way: “I like the silent church before the service begins . . .”

This expands the role of pastor beyond merely being the only voice to speak in the meeting and puts him/her in the role of loving, gentle facilitator. He can say things like; “What do you feel like God wants you to say this morning?” or “Who else has something on their heart?” If someone begins to talk too long, the pastor can say; “Thanks so much for sharing, now who’s next?” And should someone share something unkind or unbiblical, the pastor can gently interrupt and say, “Thanks for sharing, however, we want to stay focused on loving one another (or on biblical ideas). Does someone else have something.”

Some benefits of this kind of interaction are:
It can give the pastor fresh, relevant sermon ideas;
It helps the congregation get to know one another in new ways;
It helps the pastor get to know the people;
It build up people’s faith and develops their confidence;
It allows the Holy Spirit to directly prompt and lead people;
It helps people move beyond formality to heartfelt intimacy with God;
It opens up spontaneous teaching moments for the pastor.

Since the pastor is the facilitator there is little risk involved. The first few Sundays of Jesus Twelve testimony time could possibly have a few awkward moments, but even then God will work to show everybody that those twelve unprogrammed minutes don’t need to be perfect. In fact, people will begin to discover that sometimes the awkward moments are the most powerful, precisely because they are real, unplanned life, occurring in the loving presence of God. (The Jesus 12 concept is explained more in the book Beyond Church.) 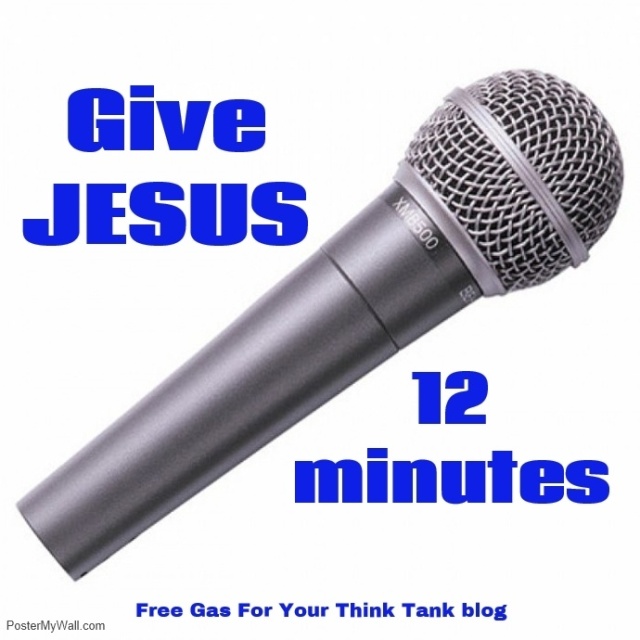 I like to look and think outside the box. In college I encountered Jesus Christ and I have been passionate about trying to get to know Him better ever since. My wife and I co-lead a non-traditional expression of the body of Christ in Nashville based on open participation and Spirit-led sharing. We long to see the power and passion of the first Christ-followers come to life in our time. I have written a book about our experiences called, "Beyond Church: An Invitation To Experience The Lost Word Of The Bible--Ekklesia" that is available in Kindle & paperback @ http://amzn.to/2nCr5dP
View all posts by Steve Simms →
This entry was posted in open sharing, personal testimony, salvation testimony, sharing, sharing Christ, sharing in church, sharing your faith, testifying, testifying in church, testimony of Jesus, Uncategorized, word of their testimony and tagged How to give your testimony, let the redeemed of the Lord say so, old time testimony meeting, power of testimony, testimonies, testimony meeting. Bookmark the permalink.